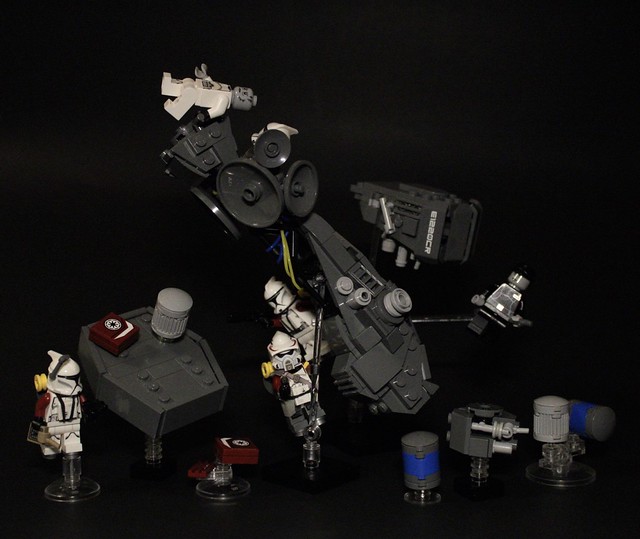 As I lowered my helmet onto my scarred face, I realized what we were getting ourselves into. Dropping into that cold abyss, that endless void. A cold shiver rushed down my spine as my shoulders and back stiffened. It had been at least 300 rotations time since I had felt that weightless feeling outside of a Venator airlock, and that was for good reason. Looking through my thin visor, I looked at my soldiers, a small squad was preparing to follow me. Most of the company stayed in their quarters as we assumed this to be a simple scouting mission. But I had a feeling, something larger was at hand. As memories flooded back, and pain spread through my brain, I slowly lost confidence in my ability to lead them into that void, into all that death.

“Dank Ferrik.” I retorted under my breath as I ripped my helmet off and tossed it to the floor. It clattered across the smooth black floor to Pharaoh’s feet, who gently lifted it up and placed it on a wall hook. Looking at me with confused eyes, he tapped his left chest plate with his open hand twice, a signal that he could handle this.

With his signal, I walked out of the hangar with a flood of emotions coursing through me. Memories flashed in front of my eyes. How many rotations had it been? 200? 300? I wasn’t sure. As I reached the door of my quarters I could feel my knees buckle as I touched the key pad. My knees slammed the floor as my vision faded to black...

I awoke to the faces of my brother’s, my brothers since Kamino. I was back in the 92nd Reconnaissance Corps, oh how I missed these guys. My hand reached towards each of them, patting backs and bringing it in for embraces or hand shakes. Our textbook ritual before missions.

Our companies’ Captain made his entrance into the hangar. Captain Corvin, our leader and our hero. Every one of us looked up to him. He was followed by the assistant sergeant, they entered the large hangar. The Captain was adorned with two dark red slashes of paint on the right side of his visor. These markings acted as talky marks. A reminder of the brothers he had lost. Only two in his 200 rotations of command. These markings were accompanied by two red bands on his left arm. The Sergeant’s armor was also adorned with a single band on his left arm. The bands signified acts of valor in our company, no soldier went unrecognized for an act of sacrifice or bravery. The bands denoted respect and leadership.

As the Captain ordered attention, all soldiers snapped into place, a perfect 10 by 12 formation holding helmets and DC-15s at the ready. We were ready for whatever he was going to throw at us.

“Brothers! We have been assigned a mission to board that separatist battle ship. It went dead 4 rotations ago and hasn’t moved. We have been assigned to check it out and sweep the ship’s command areas.” The display zooms in on a floating Providence Class Carrier backlit by the Velmorian moons. “This carrier drifted from known Separatist space into Republic territory and could be an ambush vehicle, or a dead frigate. We are supposed to find out.” The Captain pauses as the display zooms farther in on the ship’s thrusters. “As you can see, unused and practically untouched. The cleanest thruster caps I’ve seen on any seppie ship.” The Captain trails off.

Assistant Sergeant ‘Titan’ perks up “We are not certain of our fate this mission. The lack of a clear objective and no sign of opposition makes us think this will be an easy in and out operation, like Manaan 20 rotations back. Now suit up and let’s get this over with quickly.”

Oh how wrong the sergeant had been, how very very wrong.

Upon boarding the ship, once our final trooper stepped foot aboard that rigid cruiser, the ship shook with activity and rumbled to life. The sounds of metal joints quickly echoed down the passageways towards us. Rolling destroyer droids could be heard in the distance as well. Troops near the back leapt back out of the ship towards the transports that had brought us most of the way. The temptation to jump off the ship and into that void was so tempting, my eyes darted between the dim hallway and the waiting transports.

As I glanced back into the dimly lit hallway, blue circular shields emerged from the shadows, soon joined by the onslaught of red laser fire. Of the troopers left between the droids and the hull opening, few were lasting longer than a barrage or two of fire from the destroyer droids. I wouldn’t last much longer myself if I stayed aboard. As every muscle in my body refused to follow my brain’s commands, I willed my fingers to loosen their grip and push me into the void.

The black void was suddenly filled with red and orange as the separatist ship’s turbo laser system had come back online, transport after transport were decimated by the hail fire of red beams. I could see my brothers just a v-wing’s length ahead of me being vaporized by the massive lasers falling on them from above. One by one disappearing into plastoid dust, I was frozen, drifting into the turrets’ range as I was hit from behind. A rocket propelled mass slammed into my side as the turbolasers came into view.

Shocked by the sudden increase of speed, my eyes adjusted to the rapid movement and were able to glance down at the mass, the Captain had pushed me out of the fire of two beams of energy. His jetpack propelled us towards the recent transports as it materialized with the sergeants back plating. A bolt of energy had caught the Captain’s back and my helmet. Losing pressurization fast I could feel myself lose consciousness.

A loud slam and impact against the remnants of a transport drew me from my unconscious state to see my helmet being pulled off. Without the coordination or energy to stop the Captain, he removed his own pressurized helmet and slammed onto my head. The “kshhhh” of a successful pressurization was the last
sound I heard before watching my vision fizzle out and the Captain pushing himself out into open space.

As I came too and my bloodied helmet flickered back to life, I could see a cloud of white plastoid particulate get swept away by a loose shard of wreckage. My hands jumped to my helmet as I realized what had happened. The captain had saved me, and sacrificed himself. How could he...I couldn’t believe it until the comms in the helmet roared to life.

“I repeat, last call, is anyone still out there? Captain Corvin, are you there? Sergeant? Anyone? Speak up before we leave this wreck.” A command officer could be heard asking any surviving troops for their locations.

Barely audible, all I could muster was “Yes, I am still here. Repeat, 1287 is reporting—“ before slapping my comm bracelet and activating a tracking beacon before drifting out once again. 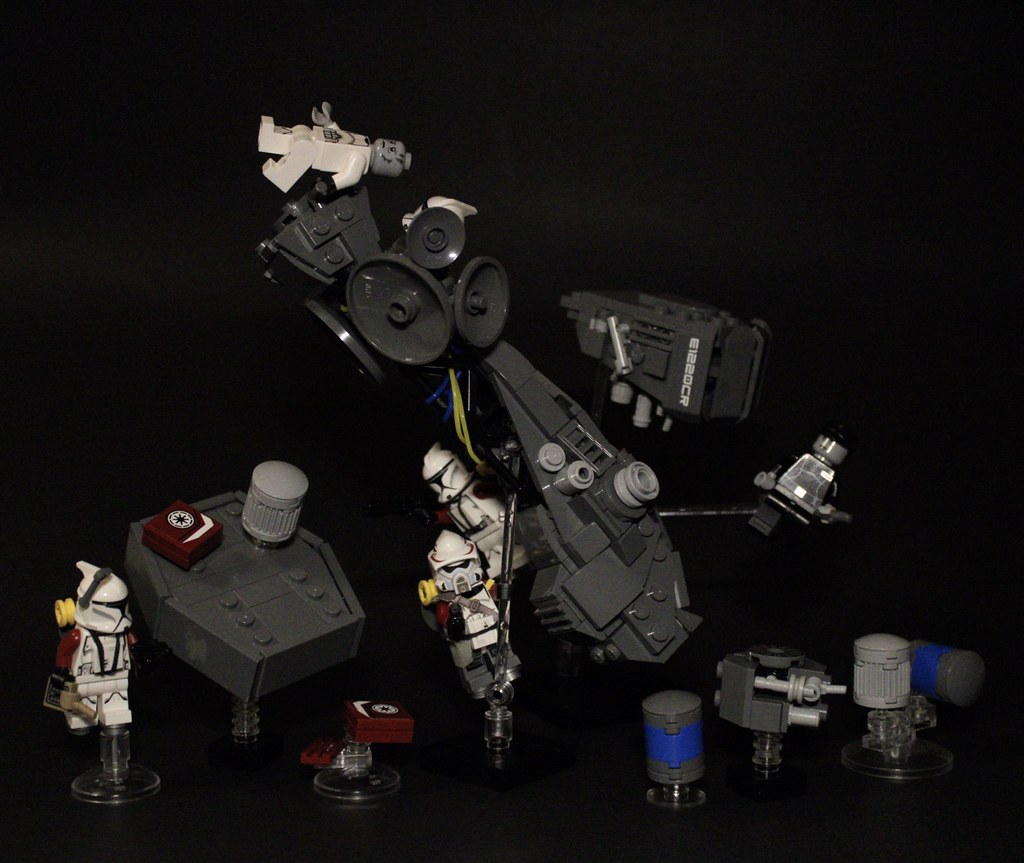 preview: Mission 19.1: Lost in the Dark (Story in Progress) on Flickriver