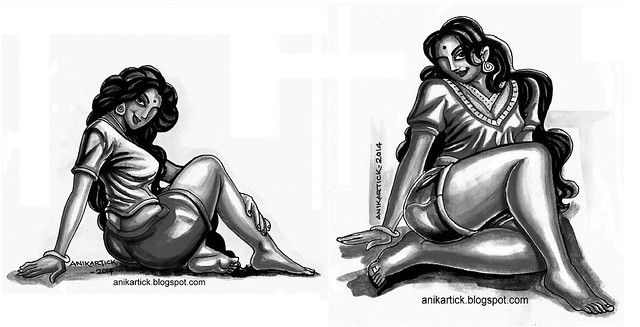 FASHION DESIGN SKETCHES - FASHION GIRLS - FASHION DESIGNER DRAWINGS and SKETCHES - B/W DRAWINGS - Artist Anikartick,Chennai,TamilNadu,India
Fashion design is the art of the application of design and aesthetics or natural beauty to clothing and accessories. Fashion design is influenced by cultural and social latitudes, and has varied over time and place. Fashion designers work in a number of ways in designing clothing and accessories such as bracelets and necklace, because of the time required to bring a garment onto the market, must at times anticipate changing consumer tastes.

Fashion designers attempt to design clothes which are functional as well as aesthetically pleasing. They must consider who is likely to wear a garment and the situations in which it will be worn. They have a wide range and combinations of materials to work with and a wide range of colors, patterns and styles to choose from. Though most clothing worn for everyday wear falls within a narrow range of conventional styles, unusual garments are usually sought for special occasions such as evening wear or party dresses.

Some clothes are made specifically for an individual, as in the case of haute couture or bespoke tailoring. Today, most clothing is designed for the mass market, especially casual and every-day wear.
Structure[edit]
Fashion designers can work in a number of many ways. Fashion designers may work full-time for one fashion as 'in-house designers' which owns the designs. They may work alone or as part of a team. Freelance designers work for themselves, selling their designs to fashion houses, directly to shops, or to clothing manufacturers. The garments bear the buyer's label. Some fashion designers set up their own labels, under which their designs are marketed. Some fashion designers are self-employed and design for individual clients. Other high-fashion designers cater to specialty stores or high-fashion department stores. These designers create original garments, as well as those that follow established fashion trends. Most fashion designers, however, work for apparel manufacturers, creating designs of men’s, women’s, and children’s fashions for the mass market. Large designer brands which have a 'name' as their brand such as Abercrombie & Fitch, Justice, or Juicy are likely to be designed by a team of individual designers under the direction of a designer director.

Designing a garment[edit]
Fashion designers work in different ways. Some sketch their ideas on paper, while others drape fabric on a dress form. When a designer is completely satisfied with the fit of the toile (or muslin), he or she will consult a professional pattern maker who then makes the finished, working version of the pattern out of card or via a computerized system. The pattern maker's job is very precise and painstaking. The fit of the finished garment depends on their accuracy. Finally, a sample garment is made up and tested on a model to make sure it is an operational outfit.
Fashion design is generally considered to have started in the 19th century with Charles Frederick Worth who was the first designer to have his label sewn into the garments that he created. Before the former draper set up his maison couture (fashion house) in Paris, clothing design and creation was handled by largely anonymous seamstresses, and high fashion descended from that worn at royal courts. Worth's success was such that he was able to dictate to his customers what they should wear, instead of following their lead as earlier dressmakers had done. The term couturier was in fact first created in order to describe him. While all articles of clothing from any time period are studied by academics as costume design, only clothing created after 1858 are considered as fashion design.

It was during this period that many design houses began to hire artists to sketch or paint designs for garments. The images were shown to clients, which was much cheaper than producing an actual sample garment in the workroom. If the client liked their design, they ordered it and the resulting garment made money for the house. Thus, the tradition of designers sketching out garment designs instead of presenting completed garments on models to customers began as an economy.
The garments produced by clothing manufacturers fall into three main categories, although these may be split up into additional, more specific categories

Haute couture[edit]
Main article: Haute couture
Until the 1950s, fashion clothing was predominately designed and manufactured on a made-to-measure or haute couture basis (French for high-sewing), with each garment being created for a specific client. A couture garment is made to order for an individual customer, and is usually made from high-quality, expensive fabric, sewn with extreme attention to detail and finish, often using time-consuming, hand-executed techniques. Look and fit take priority over the cost of materials and the time it takes to make.[1][2] Due to the high cost of each garment, haute couture makes little direct profit for the fashion houses, but is important for prestige and publicity.[3]

Ready-to-wear (pret-a-porter)[edit]
Main article: Ready-to-wear
Ready-to-wear clothes are a cross between haute couture and mass market. They are not made for individual customers, but great care is taken in the choice and cut of the fabric. Clothes are made in small quantities to guarantee exclusivity, so they are rather expensive. Ready-to-wear collections are usually presented by fashion houses each season during a period known as Fashion Week. This takes place on a city-wide basis and occurs twice a year. The main seasons of Fashion Week include, spring/summer, fall/winter, resort, swim, and bridal.

Mass market[edit]
Main article: Mass market
Currently the fashion industry relies more on mass market sales. The mass market caters for a wide range of customers, producing ready-to-wear garments using trends set by the famous names in fashion. They often wait around a season to make sure a style is going to catch on before producing their own versions of the original look. In order to save money and time, they use cheaper fabrics and simpler production techniques which can easily be done by machine. The end product can therefore be sold much more cheaply.[4][5][6]

There is a type of design called "kutch" design originated from the German word "kitschig" meaning "ugly" or "not aesthetically pleasing." Kitsch can also refer to "wearing or displaying something that is therefore no longer in fashion."[7] Often, high-waisted trousers, associated with the 1980s, are considered a "kitsch" fashion statement.[8] 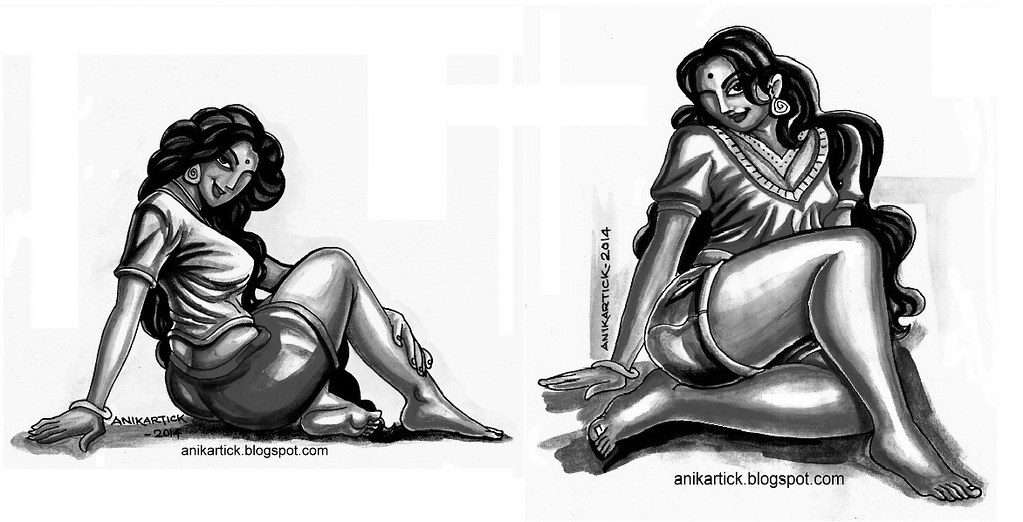