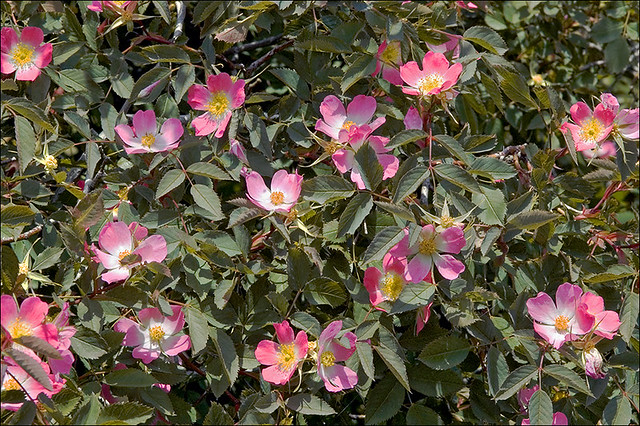 Comment: Wild dog roses (genus Rosa) are beautiful and well known plants. Their bushes, carrying numerous tender flowers of white, pink, different shades of red or yellow color, are wonderful decoration of stony meadows, wood edges as well as woods from lowland to high mountains. They are easily recognized on genus level. Unfortunately, the situation on species level is just the opposite – frequently very difficult! There are many species in this genus, all are very variable and frequently form hybrids. 22 species are known in Slovenia hybrids, intermediate forms and cultivars, which escaped in the wild not counted. Many morphological traits must be considered in determination process. To reliably determine some of them one has to visit the plant two times, when in bloom and again when in fruit (two or three months later) because examination of hips is also necessary.

Rosa glauca seems to be an exception in this respect. It can be quite readily recognized, not by some small morphological detail, but much more from general appearance. Mature bushes are stout, of dense growth and appear in the whole reddish, not only because of plenty of pink-purple flowers but also because of red branches and reddish 'leaves'. Actually, in spite of the plant's vernacular name in many languages, the leaves are reddish only when very young, then the leaflets become dark blue-green and only veins, leaflets borders and rachis (the main axis of the compound leaves) of the leaflets remain reddish. Anyway, the whole bushes have a characteristic, rather dark, reddish color, which can be noticed even from far. 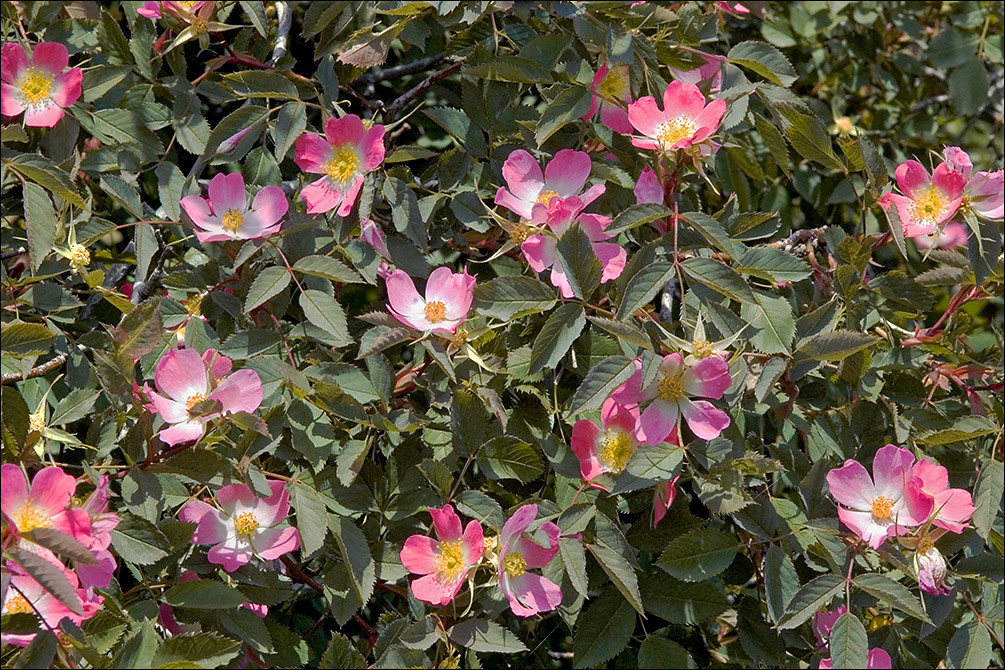