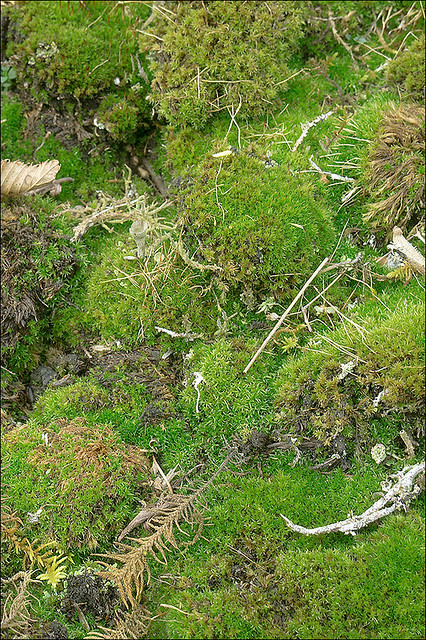 Comment (pertains to the pictures of the Flicker album Ceratodon purpureus): Ceratodon purpureus is a very common moss and a true cosmopolitan species. It is found worldwide. It loves dry, low competition and high light places, but inhabits also many different, natural and man-made substrates, some of them quite exotic like old skulls of animals and old boots. Ceratodon purpureus is able to tolerate much higher pollution levels than most other mosses. It is very variable, particularly in color. However, red color is most often dominant (see pictures 4. and 7.) except when it is very moist and without red setae. Then it is vividly green (see pictures 8. and 10.). It is about 3 cm high and usually abundantly fertile. One can recognize it by narrowly triangular leaves, which have strongly recurved margins almost from the base to the tip and a strong nerve extending just to the tip of the leaf. The leaf cells are nearly square. The setae are red and the capsules are strongly furrowed when dry (see picture 5b.). 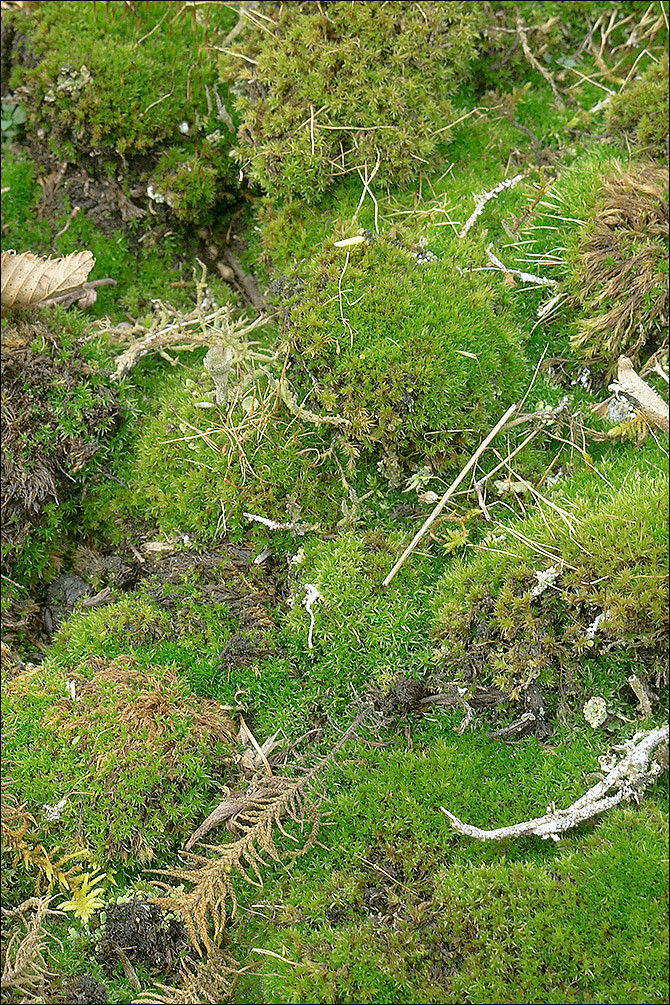