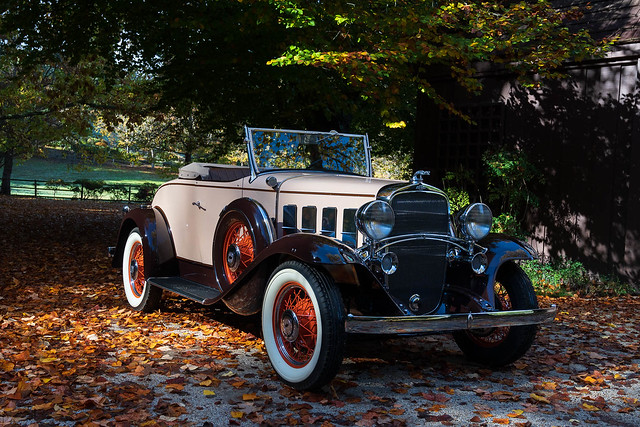 1932 Chevrolet Confederate Series BA-744628
1932 Chevrolet Confederate Series BA
General Motors marketed the Chevy Confederate as the 'Baby Cadillac' and shared many design similarities to its larger, more expensive, and more exclusive sibling. It wore a Cadillac-style integrated radiator shell, a longer hood, new deep crown front fenders encapsulating 18-inch wire wheels, and chrome-plated rectangular opening doors to cool the engine in the hood sides instead of louvers. Deluxe models, which added approximately $20 to the base price, added chrome-plated door louvers. The list of standard amenities included a tilting non-glare windshield, an adjustable seat, and a built-in sun visor. The six-cylinder engine displaced 194 cubic-inches, had 5.2:1 compression, overhead valves, solid valve lifters, and developed 60 horsepower. The one-barrel downdraft carburetor and counter-balanced crankshaft were new features for 1932, endowing the engine with ten additional horsepower over the previous year. The engine was backed by a three-speed manual synchromesh transmission with a single plate clutch and floor shift controls. This was the first year that synchromesh transmission was offered in all three forward gears. Mechanical features included the semi-floating rear axle, Selective Free-Wheeling (first offered in 1932), and an added frame cross-member to aid in ride comfort. Free wheeling allowed the car to coast when the driver took their foot off the accelerator pedal, offering greater fuel economy. Customers soon found the lack of downhill engine braking to be more harrowing than it was worth and the option soon fell out of favor.

The interiors had gas gauges located on the dashboard, plus additional gauges with a circular shape and dark-colored faces.

The 1932 Chevrolet Confederate Series BA rested on a comfortable 109-inch wheelbase and rode on 18x5.25 tires. Its wheelbase was slightly longer than the Ford Model 18 which measured 106-inches and both the Chevy and Ford price ranges were nearly identical. 1932 was the first year that Ford switched from the four-cylinder power to the flathead V8 offering 65 horsepower from its 221 cubic-inch displacement. The Fords had all-steel bodies, while the Chevrolets had the solid Fisher Body using wood and steel framing construction, plus a more rigid chassis structure and hard-rubber engine mounts affording the Chevy a smooth and refined ride at a reasonable cost. Closing a Chevy door framed in wood had a favorable and solid 'thunk' while the Ford and had a 'tiny clank.' Buyers preferred the solid nature, styling, affordability, and amenities of the Chevy, resulting in 306,716 examples built during the calendar year compared to Ford's production of 287,285 units.

Body styles and Price
The Fisher-built bodies included a roadster priced at $445, a sport roadster at $485, a coupe and five-window coupe at $490, a phaeton and coach at $495, and a sport coupe at $535. The Deluxe five-window coupe listed for $510 and the Deluxe coach was priced at $515. A five-passenger coupe was $575, the sedan at $590, and the convertible at $595. The most expensive body styles were the special sedan at $615 and the landau phaeton at $625. The special sedan was equipped with front and rear bumpers, dome light, silk assist cords, and a robe rail. 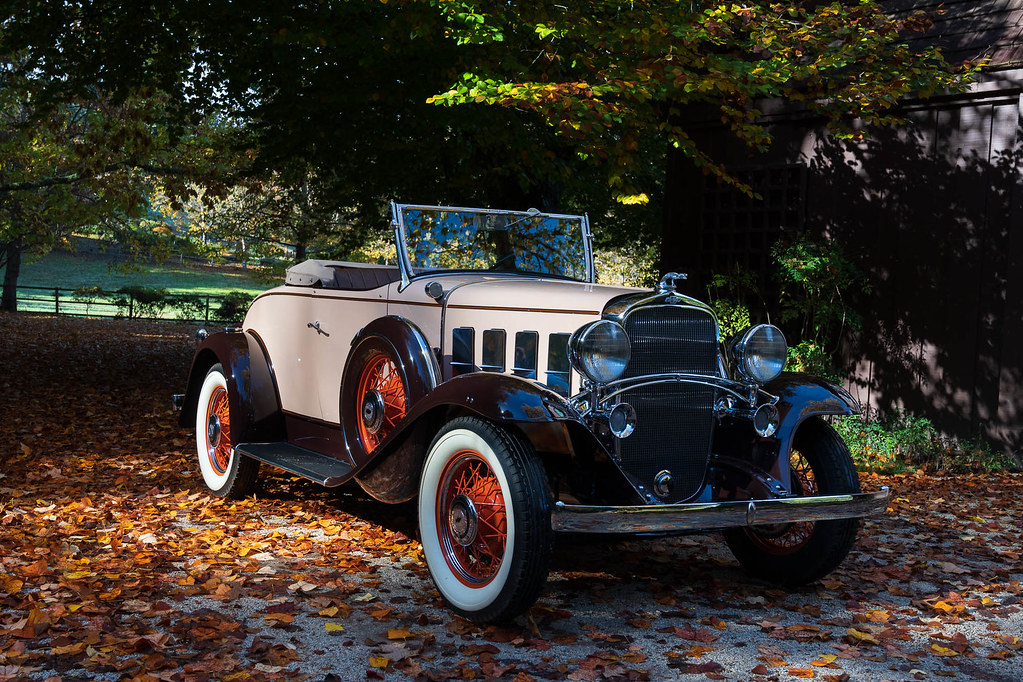