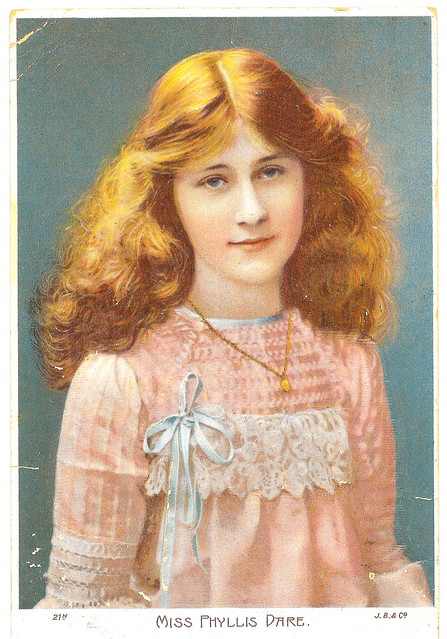 Miss Phyllis Dare Prior to 1908
The Postcard

A postcard published by J. Beagles & Co. of London E.C. The firm of J. Beagles & Co. was started by John Beagles (1844-1909). The company produced a variety of postcards including an extensive catalogue of celebrity (stage and screen) portrait postcards. After Beagle’s death, the business continued under its original name until it closed in 1939.


The card was posted in Colchester on Saturday the 14th. March 1908 to:

The message on the divided back of the card was as follows:

Phyllis Dare (15th. August 1890 – 27th. April 1975) was an English singer and actress, famous for her performances in Edwardian musical comedy and other musical theatre in the first half of the 20th century.

Born Phyllis Constance Haddie Dones in Chelsea, London, Dare first performed on stage at the age of nine, in the Christmas pantomime 'Babes in the Wood' (1899).

Later that year, she appeared as Little Christina in 'Ib and Little Christina'. She soon played Mab in the Seymour Hicks musical 'Bluebell in Fairyland', and at the age of 15, she took over the starring role of Angela in 'The Catch of the Season'.

In 1909, Dare created the role of Eileen Cavanagh in the hit musical 'The Arcadians', where she met the producer George Edwardes. This started a long association between the two, who collaborated on productions including 'The Girl in the Train', 'Peggy' and 'The Quaker Girl'.

In 1912, she starred in 'The Sunshine Girl'. In 1913 she joined the cast of 'The Dancing Mistress' as Nancy Joyce at the Adelphi Theatre, and continued to star in successful productions throughout the 1920's, including in the role of Mariana in 'The Lady of the Rose' (1922).

In the 1940's she appeared in a tour of 'Full House', and was later cast in 'Other People's Houses'.

In 1949, Phyllis Dare opened as Marta the mistress in Ivor Novello's musical, 'King's Rhapsody'. The show ran for two years, and was Dare's last theatrical endeavour.

So what else happened on the day that Alice posted the card?

Well, the 14th. March 1908 marked the birth of Edward Henry Heinemann. He was a noted military aircraft designer for the Douglas Aircraft Company.

Heinemann was born in Saginaw, Michigan, but moved to California as a boy, and was raised in Los Angeles. A self-taught engineer, he joined Douglas Aircraft as a draftsman in 1926, but was laid off within a year.

After stints at International Aircraft, Moreland Aircraft, and the first Northrop Corporation, Heinemann rejoined Douglas after it acquired Northrop. Heinemann became Douglas's Chief Engineer in 1936. He remained with the company until 1960, when he left to join Guidance Technology.

In 1962 he joined General Dynamics as Corporate Vice President of Engineering. In this position he oversaw the development of the F-16. He retired in 1973.

The famed aircraft designer Burt Rutan would list Heinemann as among the leading pioneers in aviation who had inspired him to become an aerospace engineer.

The Designs of Edward Heinemann

Edward's approach to aircraft design was uncomplicated; he once said that he simply took the most powerful engine available and designed the aircraft around it.

One of the first aircraft to be designed by Heinemann was the Moreland M-1 Trainer of 1929, a braced-wing parasol wing monoplane. Due to the 1929 recession only a small number were sold before the company ceased trading in 1933.

During his long career at Douglas, Heinemann designed more than 20 combat aircraft, primarily for the U.S. Navy, including many that became legends in aviation history. His designs included the following aircraft:

The Death of Edward Heinemann 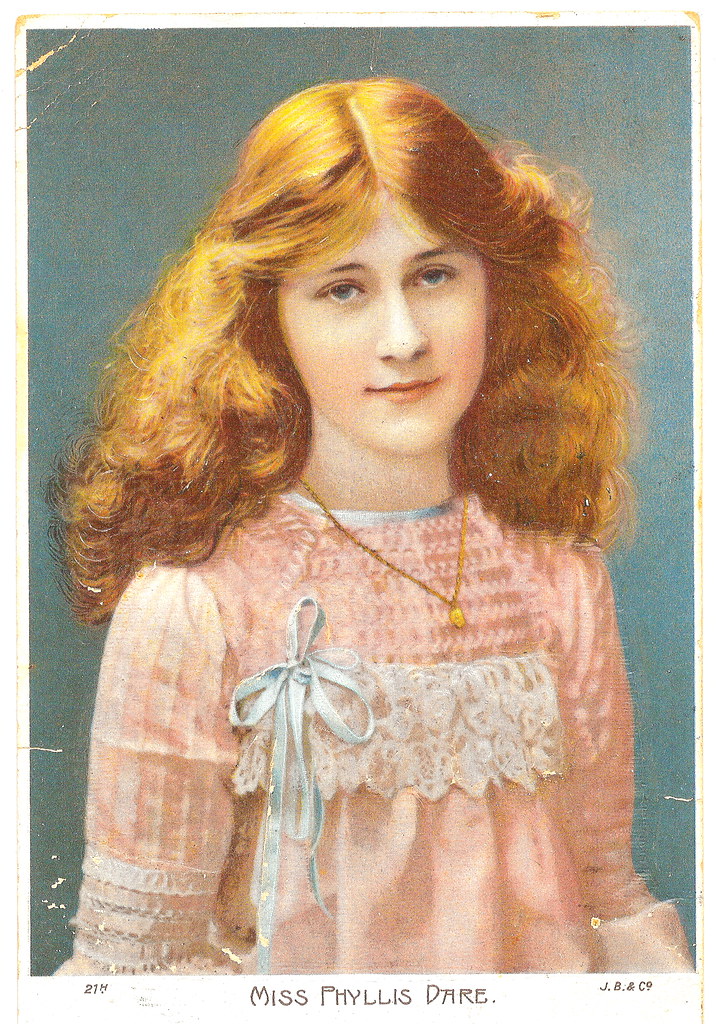 preview: Miss Phyllis Dare Prior to 1908 on Flickriver