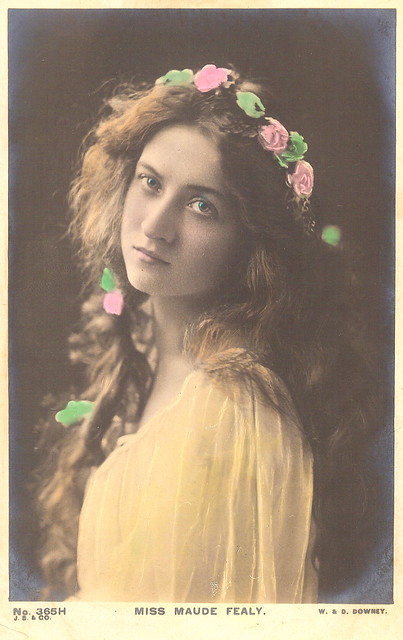 A postcard published by J. Beagles & Co. of London E.C. The firm of J. Beagles & Co. was started by John Beagles (1844-1909). The company produced a variety of postcards including an extensive catalogue of celebrity (stage and screen) portrait postcards. After Beagle’s death, the business continued under its original name until it closed in 1939.

The image is a real photograph, and the card was printed in England. The photography was by W. & D. Downey.

The card was posted in Blackpool on Tuesday the 2nd. May 1905 to:

The message on the divided back of the card was as follows:

"Will you please send a
'real photo' actress in
exchange for this, to:
M. Stainsby,
14, Albert Terrace,
Blackpool,
Lancs."

Maude Fealy was born Maude Mary Hawk on the 4th. March 1883. She was an American stage and silent film actress whose career survived into the sound era.

Maude Mary Hawk was born on March 4, 1883 in Memphis, Tennessee, the daughter of James Hawk and actress and acting coach, Margaret Fealy.

Her mother re-married to Rafaello Cavallo, conductor of the Pueblo, Colorado Symphony Orchestra, and Fealy lived in Colorado off and on for most of her life.

The Career of Maude Fealy

Fealy toured England with William Gillette in 'Sherlock Holmes' from 1901 to 1902. Between 1902 and 1905, she frequently toured with Sir Henry Irving's company in the United Kingdom, and by 1907 was the star in productions touring the United States.

Fealy appeared in her first silent film in 1911 for Thanhouser Studios, making another 18 between then and 1917, after which she didn't perform in film for another 14 years.

During the summers of 1912 and 1913, she organised and starred with the Fealy-Durkin Company that put on performances at the Casino Theatre at the Lakeside Amusement Park in Denver, and the following year began touring the western half of the U.S.

Fealy had some commercial success as a playwright-performer. She co-wrote 'The Red Cap' with Grant Stewart, a noted New York playwright and performer, which ran at the National Theatre in Chicago in August 1928.

Other plays written or co-written by Fealy include 'At Midnight', and with the highly regarded Chicago playwright Alice Gerstenberg, 'The Promise'.

Throughout her career, Fealy taught acting in many cities where she lived; early on with her mother, under names which included Maude Fealy Studio of Speech, Fealy School of Stage and Screen Acting, Fealy School of Dramatic Expression. Maude taught in Grand Rapids, Michigan; Burbank, California; and Denver, Colorado.

By the 1930's, Maude was living in Los Angeles where at the age of 50 she returned to secondary roles in film, including a credited appearance in 'The Ten Commandments' (1956). Later in her career, she wrote and appeared in pageants, programs, and presented lectures for schools and community organisations.

The Personal Life of Maude Fealy

In Denver, Colorado, she met a drama critic from a local newspaper named Louis Hugo Sherwin (the son of opera singer Amy Sherwin). The two married in secret on the 15th. July 1907 because, as they expected, her domineering mother did not approve. The couple soon separated, and divorced in Denver in 1909.

Fealy then married an actor named James Peter Durkin. He was a silent film director with Adolph Zukor's Famous Players Film Company. This marriage ended in divorce for non-support in 1917.

Soon after this Fealy married John Edward Cort. This third marriage ended in a 1923 annulment, and was her last marriage. She bore no children in any of the marriages.

The Death of Maude Fealy

Maude died on the 10th. November 1971, at the age of 88, at the Motion Picture & Television Country House and Hospital in Woodland Hills, California.

She was interred in the Abbey of the Psalms Mausoleum at Hollywood Forever Cemetery.

So what else happened on the day that the card was posted?

Well, the 2nd. May 1905 marked the birth of Sidney Skolsky. He was an American writer, best known as a Hollywood gossip columnist.

He ranked with Hedda Hopper (with whom he shared a birthday) and Louella Parsons as the premier Hollywood gossip columnists of the first three decades of the sound picture era.

A radio personality in addition to having his own syndicated newspaper column, Skolsky was also a screenwriter and movie producer who occasionally acted on the radio and in the movies. Skolsky claimed to be the person who gave the nickname 'Oscar' to the Academy Award and was credited for the introduction of the use of the word 'beefcake'.

Skolsky was born in NYC to a Jewish family, the son of dry goods store proprietor Louis Skolsky and his wife Mildred. He studied journalism at New York University before becoming a Broadway press agent.

When he became the New York Daily News gossip columnist in 1928, the 23-year-old Skolsky was the youngest Broadway gossip columnist plying his trade on the Great White Way. He also had a Sunday column, 'Tintypes', profiles of actors, directors and other production personnel and Hollywood creative types, that continued in print for 52 years, until a couple years before his death.

Sidney moved to Hollywood in 1933, where he moonlighted as a story editor for Darryl F. Zanuck's Twentieth Century Pictures. He also had a regular column in Photoplay, the country's premiere movie magazine. His column was bylined 'From a Stool at Schwab’s', the Hollywood drugstore he made famous.

He helped promulgate the myth that Lana Turner had been discovered at Schwab's, when it actually had been another Sunset Boulevard establishment, The Top Hat Cafe, which was closer to Lana's alma mater, Hollywood High.

He helped champion, and was very close to Marilyn Monroe, supporting her during her divorce from Joe DiMaggio.

In 1946, Sidney became a movie producer with 'The Jolson Story' (1946), which was nominated for several Academy Awards. He followed it up with 1953 bio 'The Eddie Cantor Story'.

Starting in 1954, KABC-TV Los Angeles featured him in his own TV show, 'Sidney Skolsky’s Hollywood'. He wrote five books about Hollywood and the movies, including a 1975 autobiography, 'Don’t Get Me Wrong, I Love Hollywood'.

The Death and Legacy of Sidney Skolsky

Skolsky died on the 3rd. May 1983 from complications due to Parkinson's disease and atherosclerosis. He had been married for 54 years to Estelle Lorenz, with whom he had had two daughters. 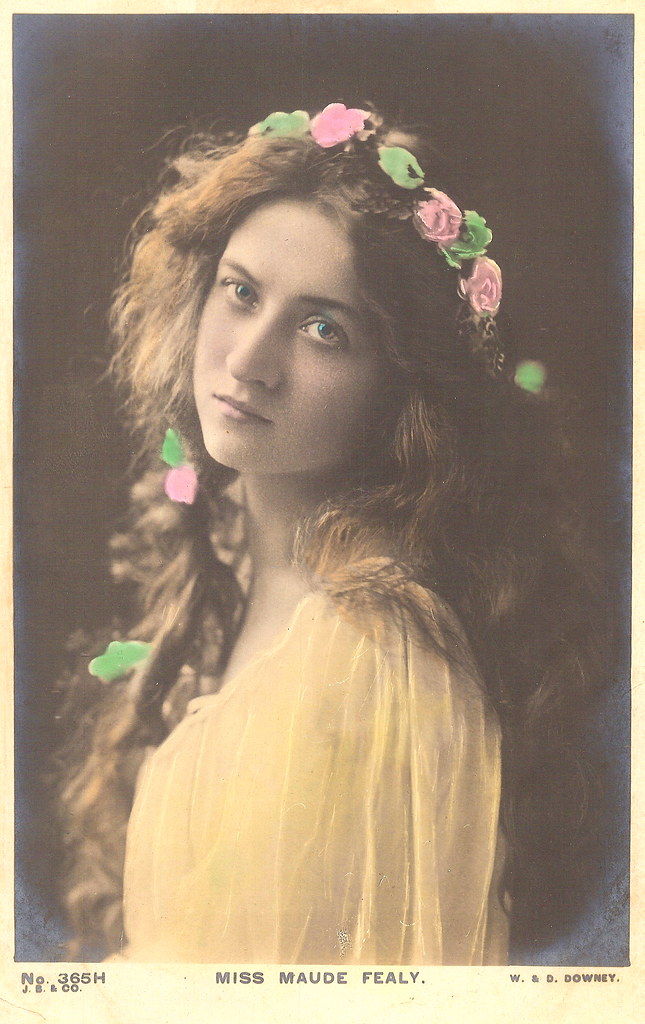