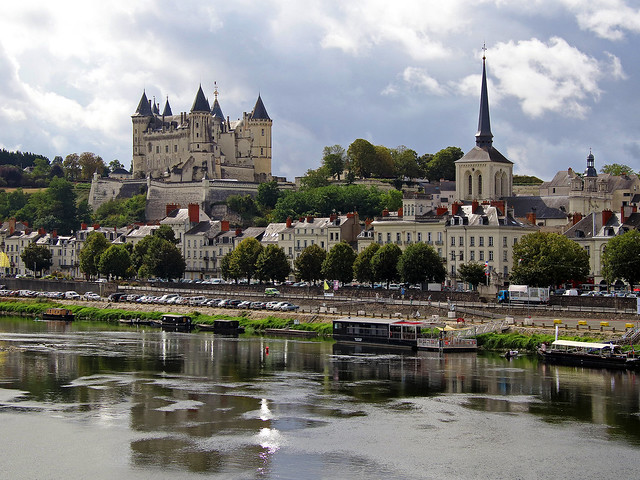 Saumur is a historic town in the department of Maine-et-Loire in western France. The commune that is located between the Loire and Thouet rivers, has almost 27,000 residents. Saumur is situated between the cities of Angers and Tours, about 40 km to the southeast of Angers and about 70 km to the southwest of Tours. It is surrounded by vineyards, which produce some of France’s finest wines.

Early settlement of the region goes back many thousands of years. The Dolmen de Bagneux to the south of the town is 23 meters long and built from 15 large slabs of local sandstones, weighing over 500 tons. It is the largest dolmen in France.

Saumur was founded in the 10th century, following the construction of a castle in the 9th century. After Fulk Nerra, Count of Anjou, had ended the rule of the Counts of Blois in this area in 1026, the settlement evolved into an important trade centre of the whole region. As an integral part of Anjou, Saumur became French crown land under King Philip II of France in 1204. In the 16th century, King Henry III of France passed the town on to Henry of Navarre, who later became King Henry IV of France.

In the same century, Saumur evolved into the spiritual heartland of the Huguenots. In 1593, even a Protestant academy was founded, where the Calvinist doctrine of Amyraldism was taught. A number of renowned theologians disseminated this doctrine for almost one century, but in 1685, the academy was dissolved due to the Edict of Fontainebleau that was issued by the French King Louis XIV. After the academy had to close its gates, a large portion of the residents left the town, which hence lost its economic base.

However, Saumur recovered quickly from this economic setback and subsequently became an equestrian centre. In 1783, a military cavalry school was founded. Prior to the French Revolution it also became the capital of the Sénéchaussée de Saumur, a bailiwick, which existed until 1793. In that year, the town was the location of the Battle of Saumur during the War in the Vendée.

In 1940, during World War II and the Battle of France, the town was the site of another Battle of Saumur, where old quarter and south bank of the Loire were defended by the teenage cadets of the cavalry school. In 1944, it became the target of the first Tallboy and the fourth Azon bombing raids by Allied planes to stop the 2nd SS Panzer Division Das Reich during its approach to the front. However, only the railway bridge was bombed, as the German tanks were expected to use the railway to cross the Loire. After the war, Saumur was awarded the medal "Croix de Guerre" with palm for its resistance and display of French patriotism in the Battle of France.

Today, Saumur is still home to the French military riding academy "École Nationale d'Équitation" as well as to the "Cadre Noir", a cavalry corps at this academy. The "Cadre Noir" is renowned for its annual horse shows. As already mentioned before, the town is also surrounded by wine industry. Hundreds of domaines utilise the tunnels under Saumur as cellars, while producing white, red, rosé and sparkling wines. The annual "Grandes Tablées du Saumur-Champigny" is an annual event held in early August with over 1 km of tables set up in the town where people can taste local foods and wine.

The Château de Saumur was originally constructed in the 10th century by Theobald I, Count of Blois, as a fortified stronghold against Norman attacks. It overlooks the confluence of the Loire and the Thouet rivers. In 1026 it came into the hands of Fulk Nerra, count of Anjou, who bequeathed it to his Plantagenet heirs. Following its destruction in 1067, the castle was rebuilt by Henry II of England in the later 12th century.

In the early part of the 13th century, Philip II of France made Saumur part of his royal domain. In 1356, King John II of France released the castle to his second son Louis I, Count of Anjou. Louis I was striving to convert it into a residence that was absolutely comparable to the magnificant residences of his brothers King Karl V of France and John, Duke of Berry. The page for September in the "Tres Riches Heures du Duc de Berry" depicts the château as it looked in 1410, with much more architectural details like chimneys, ornamented gables and likewise ornamented dormers.

In the following decades, the castle changed hands several times until 1589 when the Protestant King Henry IV of France and Navarre gave the castle to Philippe Duplessis-Mornay, the noble governor of Saumur. In 1621 the castle was converted into an army barracks. Nearly two centuries later it was converted again, but this time into a state prison under Napoleon Bonaparte.

In the first part of the 20th century, the city of Saumur acquired the castle and began a restoration program to house the museum of the decorative arts. In line with the Saumur area's equestrian tradition and its famous "Cadre Noir", the castle also serves as a Museum of the Horse. The castle has a dungeon and watchtower, and furthermore houses the Musée de la Figurine-Jouet, a collection of very old toys and figurines of soldiers, Kings of France, and clowns. 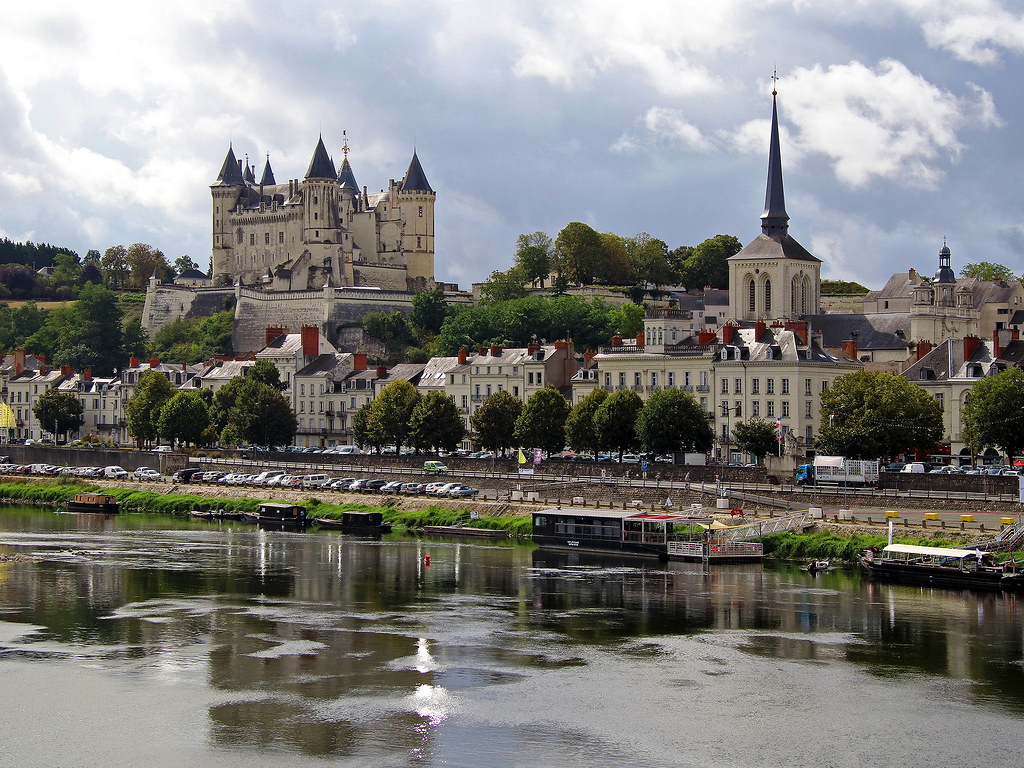 preview: Lying at the castle’s feet on Flickriver