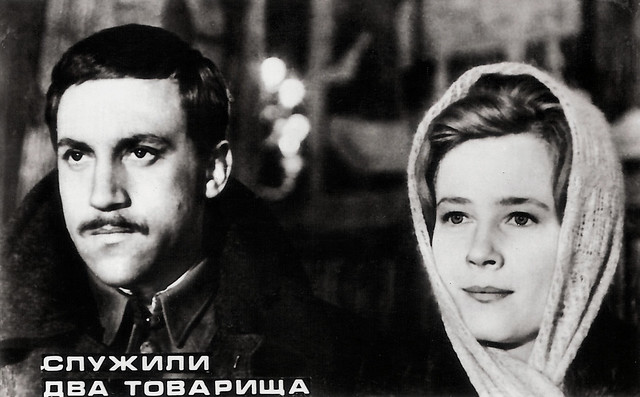 Soviet film actress Iya Savvina (1936-2011) was named a People's Artist of the USSR in 1990. She appeared in 30 films following her star turn as Anna Sergeyevna in Iosif Kheifets's Dama s sobachkoy/The Lady with the Little Dog (1960).

Iya Sergeyevna Savvina (Russian: Ия Серге́евна Саввина) was born in 1936 in in Voronezh, Russia, Soviet Union (now Russia). She was not a professionally trained actress. In 1958, she graduated from the Department of Journalism of the Moscow State University. While a student, Savvina was active in student drama club of the university. There she was spotted by casting directors from Lenfilm studios and made her film debut in Leningrad. She had her breakthrough as Anna Sergeyevna opposite Aleksey Batalov in Dama s sobachkoy/The Lady with the Little Dog (Iosif Kheifets, 1960), based on the story by Anton Chekhov. The film was entered into the 1960 Cannes Film Festival. Next she starred in the drama Krotkaya (Aleksandr Borisov, 1960), based on the short story A Gentle Being by Fyodor Dostoevsky. From 1960 till 1977, Savvina was a member of the Mossoveta theatre in Moscow. In the cinema, she played the leading role in Istoriya Asi Klyachinoy, kotoraya lyubila, da ne vyshla zamuzh/The Story of Asya Klyachina, (Andrei Konchalovsky,1966). Shown briefly in 1967 under the title Asya's Happiness, it was not released widely until 1987 when it was hailed (by Michail Gorbachev as a long lost classic of Soviet cinema. Savvina played Dolly in Anna Karenina (Aleksandr Zarkhi, 1967) based on the novel of the same name by Leo Tolstoy. The film, starring Tatiana Samoilova as Anna Karenina and Vasili Lanovoy as Vronsky, was listed to compete at the 1968 Cannes Film Festival, but the festival was cancelled due to the events of May 1968 in France. Savvina then played another supporting part in the war film Sluzhili dva tovarishcha/Two Comrades Were Serving (Yevgeni Karelov, 1968) starring Oleg Yankovsky. The film tells about the Russian civil war, in particular, the battle for the Crimean peninsula.

In Russia, Iya Savvina is also known for providing the voice of the Piglet in the Soviet animation version of Winnie-the-Pooh. Vinni-Pukh/Winnie-the-Pooh (Fyodor Khitruk, 1969). The short film is based on chapter one in the book series by A. A. Milne. It is the first part of a trilogy, along with two sequels: Vinni-Pukh idyot v gosti/Winnie-the-Pooh Pays a Visit (Fyodor Khitruk, 1971) and Vinni-Pukh i den zabot/Winnie-the-Pooh and a Busy Day (Fyodor Khitruk, 1972). Savvina was a prominent actress by then, and director Fyodor Khitruk invited her merely to review his initial work, because he knew that Savvina was a big fan of the Winnie-the-Pooh story. Her records had to be sped up to change the tone of her voice (the same technique was used for the main character). Then, she reunited with director Andrei Konchalovsly for the musical romantic drama Romans o vlyublyonnykh/A Lover's Romance (Andrei Konchalovsky, 1974). Since 1977, Iya Savvina worked for the Moscow Art Theatre (MKhAT). She made her best known stage appearances in Anton Chekhov's classic plays. She shone as Anfisa in Tri Sestry (The Three Sisters), and as Sharlotta in Vishnevy sad (The Cherry Orchard). Savvina was also a notable memoirist and cinema scholar who wrote about her colleagues Faina Ranevskaya, Mikhail Ulyanov, Lyubov Orlova and others. Her later films include the comedy Garazh/The Garage (Eldar Ryazanov, 1980), the fantasy Slyozy kapali/Tears Were Falling (Georgiy Daneliya, 1982), a modern interpretation of the fairy tale The Snow Queen by Hans Christian Andersen, and the drama Chastnaya zhizn/Private Life (Yuli Raizman, 1982), which was nominated for the Academy Award for Best Foreign Language Film in 1982. Her final film was Slushaya tishinu/Listen to the silence (Aleksandr Kasatkin, 2007). In 1990, Savvina was designated People's Actress of the USSR. She was awarded the State Prize of the USSR twice (1983, 1990), and received numerous awards from the Soviet and Russian government. In 2011, Iya Savvina passed away in Moscow. She was 75. Savvina had been married to Vsevolod Shestakov, a prominent geologist and amateur stage actor. Their son Sergey was born in 1957 with the Down syndrome, yet became a professional graphical artist and Russian-English translator. They divorced in 1974. In August 2011, two weeks before her death of skin cancer, Iya married her long-time companion, Anatoly Vasilyev, with whom she had a relationship for more than 30 years. 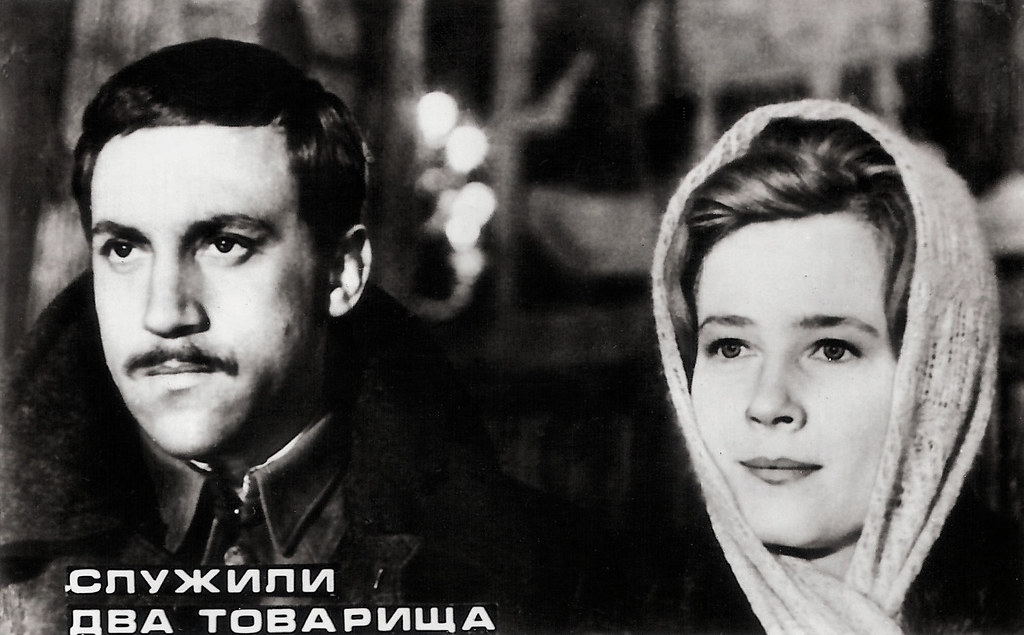