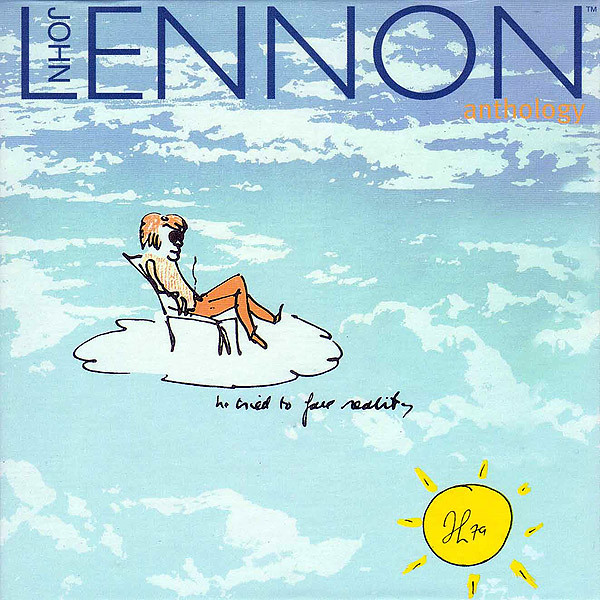 In person, John was a much more attractive man than the one you saw in photos and films. He had very fair, delicate skin and soft, sandy hair with a touch of red in it when the light hit a certain way. I would kid him and say, "You're a red head!" He would say "Never", but the way he laughed, I knew that that idea had been suggested before. When he grew his beard, it was very definitely predominantly red. He had three small but distinct moles straight down the center of his broad forehead, ending where the third eye was. Buddha was supposed to have had one mole in the center of his forehead, and that was considered in the Oriental Physiognomy as a sign of a very wise man. I always thought John's oval and well-chiselled classic face looked very much like a Kabuki mask or a face you'd expect to see in a Shakespearean play. And he carried his body with a certain lightness that gave grace to his movements. He was in his twenties when I met him. I was eight years older. But I never thought of him as somebody younger than me. When you were near him, the strong mental vibe he sent out was too heavy for a young person. Some people are born old. That was John. His slumming, clowning and acting the entertainer was just a kind of play acting he enjoyed. But it was obvious to anybody around him that he was actually a very heavy dude: not a prince, but a king.

London, then, was a gathering place of the new aristocrats in music art and films. They exuded new energy with a certain elegance of self-made people who would change the class structure in England, and would go on to change the world in a big way. John and I got together in that atmosphere. So we were very surprised that the so-called hip society of the times, to which we both belonged, turned against us as soon as we announced our unity. It seemed as though they had a separate standard for John, or shall we say that their hipness ended at the point where John, their ring-leader, chose an oriental woman as his partner. This was in the 60's in "Swinging London"! It made us feel as though, suddenly, the wind of the Middle Ages was blowing around us.

They say that Venus is jealous of lovers. Forget Venus. In our case it was the whole world. But as far as we were concerned, we felt so lucky that we had found each other. Aside of the fact that we were both rebellious and emotional, we were true opposites. John was tallish. I was smallish. John made music for the people. I made music for the avant-garde, though I did not think of my music in those terms at the time (I thought I was big time). John was humble, in a way only a very successful person could be. l was proud, like most people living in an Ivory Tower, who never had to test the big water. Coming from a semi-working class background, John was street-wise. I was totally inexperienced when it came to the games of the real world. And we felt so, so lucky that we fell in love with each other. It was a blessing neither of us expected at that time in our lives. We couldn't take our eyes off one another. We couldn't get enough of each other, But the outside pressure was very strong. It was so strong, that sometimes we had to separate from each other in order to protect our love. We thought we were clever, that we did everything right, and nothing and nobody could tear us apart. Never, never, never. But it happened: our separation. So sudden, too. He was taken away from me for good.

Even now, I think there are people who still cannot reconcile themselves to the idea that I had been in John's life. To those people, led like to say, I'm sorry that we had hurt you, But that's what happened. That's how it was. When we made Double Fantasy, our last album together, we used a photo of us kissing for the cover. There was a phone call from our record company. They wanted the album cover to be John alone, looking like he was a bachelor and available. When I reported that to John, he was livid.” They don't want their white boy to be kissing an oriental woman... Okay. from now on we won't release any photo unless we're both in it! No. From now on we won't release any photo unless it's a photo of us looking at each other!" I started laughing. John smiled, too. But he said, "Tell them I'm serious." That game was over when John passed away. The whole world was calling our office to get John's picture without me in it. I remembered what John had said, but of course, it was a different time. I kept releasing John's photos and his work for the next 18 years, getting a new name "professional widow" for it. I continue to distribute John's work for many reasons: first for John, who was a communicator/artist/musician. who would have liked for his work to go on; second, for the fans who want more, more and more; and third, for the family, including myself, who are proud of father John's work and would like to see his work out there for a long time to come.

Frankly, I was very reluctant to do this project: The Lennon Anthology. By now I was used to listening to John's music for various projects.” We want your okay to cover this song", "We want to use this part of a song for a commercial", etc. But these tracks are different from those songs. These are never before released home tapes and studio outtakes, showing John at his most relaxed and natural. I knew it would be hard for me to just go through them, to listen to the huge volume of tapes. EMI kept suggesting that I do this project. They were very patient and very sensitive to my feelings. However, it was "for the millions of fans around the world. It would make them so happy". I knew that was true. But what about what I would have to go through in the process?! But I said yes. Sure enough, it was very hard for me. As I listened to John's voice on the tapes, l felt as though I was going through a time warp, and that John was actually in the same room with me, sipping coffee as we used to in the long sessions at home or in the studio. Are we in Ascot? I felt the birds singing. The Oak trees were making a shuffling noise with their leaves in the garden. Are we in Bank Street? Isn't it time to get up in the morning? I had to pinch myself and remember that it was a different time. Whatever that was - that period in our lives - was over - gone.

I couldn't stop the tears running down my cheek. It was so hard. It was so sad. I took the first rough stringing to Sean.” Sean, there's something you might enjoy hearing..." He cried, too. Then I realized that he was coming from a slightly different place from me.” Mom, he was so good..." Sean's take was about his dad's musicianship.” Thank you, Sean. You're making your mom feel better.” Then I cried again, because it was so beautiful. John would have liked that his now grown son, a musician himself, liked what dad did.

I hope you enjoy this box. This is the John that I knew, not the John that you knew through the press, the records and the films. I am saying to you, here's my John. I wish to share my knowledge of him with you. He was brilliant, he was happy, he was angry, he was sad. Above all, he was a genius who worked hard to give his best to the world. I loved him. It was nice to know that such a person was part of our generation. our century, and the human race. It was an incredible honour for me to have been with him. 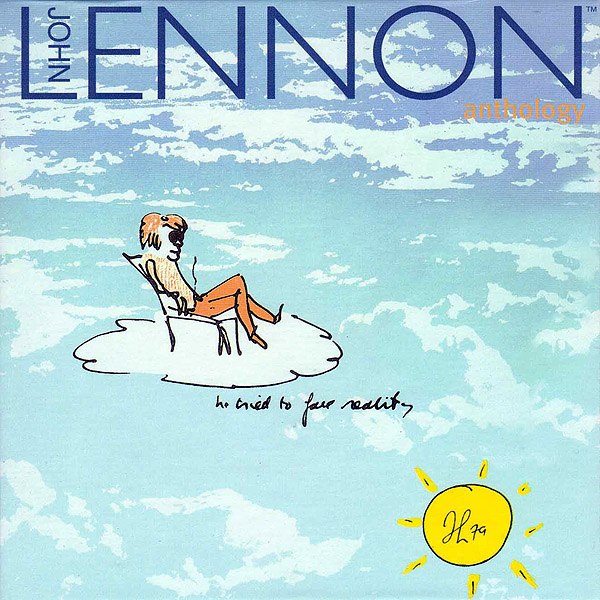