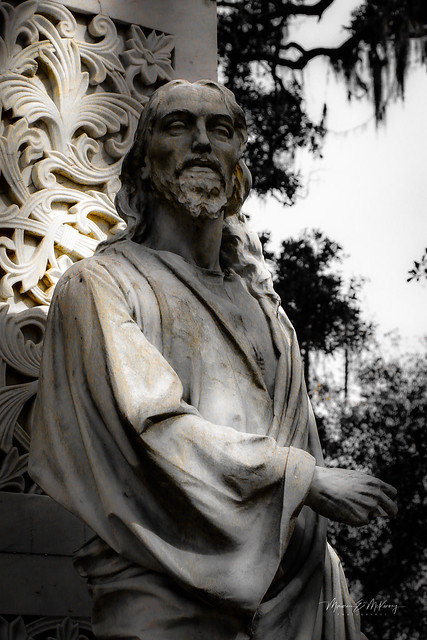 4- BONEVENTURE CEMETERY (192)-2
The cemetery is located on the former site of Bonaventure Plantation, originally owned by Colonel John Mullryne. On March 10, 1846, Commodore Josiah Tattnall III sold the 600-acre (2.4 km2) plantation and its private cemetery to Peter Wiltberger. The first burials took place in 1850, and three years later, Peter Wiltberger himself was entombed in a family vault.

In 1867 John Muir began his Thousand Mile Walk to Florida and the Gulf. In October he sojourned for six days and nights in the Bonaventure cemetery, sleeping upon graves overnight, this being the safest and cheapest accommodation that he could find while he waited for money to be expressed from home. He found the cemetery even then breathtakingly beautiful and inspiring and wrote a lengthy chapter upon it, "Camping in the Tombs."

"Part of the grounds was cultivated and planted with live-oak (Quercus virginiana), about a hundred years ago, by a wealthy gentleman who had his country residence here But much the greater part is undisturbed. Even those spots which are disordered by art, Nature is ever at work to reclaim, and to make them look as if the foot of man had never known them. Only a small plot of ground is occupied with graves and the old mansion is in ruins.

The most conspicuous glory of Bonaventure is its noble avenue of live-oaks. They are the most magnificent, planted trees I have ever seen, about fifty feet high and perhaps three or four feet in diameter, with broad spreading leafy heads. The main branches reach out horizontally until they come together over the driveway, embowering it throughout its entire length, while each branch is adorned like a garden with ferns, flowers, grasses, and dwarf palmettos.

But of all the plants of these curious tree-gardens the most striking and characteristic is the so-called Long Moss (Tillandsia usneoides). It drapes all the branches from top to bottom, hanging in long silvery-gray skeins, reaching a length of not less than eight or ten feet, and when slowly waving in the wind they produce a solemn funereal effect singularly impressive.

There are also thousands of smaller trees and clustered bushes, covered almost from sight in the glorious brightness of their own light. The place is half surrounded by the salt marshes and islands of the river, their reeds and sedges making a delightful fringe. Many bald eagles roost among the trees along the side of the marsh. Their screams are heard every morning, joined with the noise of crows and the songs of countless warblers, hidden deep in their dwellings of leafy bowers. Large flocks of butterflies, flies, all kinds of happy insects, seem to be in a perfect fever of joy and sportive gladness. The whole place seems like a center of life. The dead do not reign there alone.

Bonaventure to me is one of the most impressive assemblages of animal and plant creatures I ever met. I was fresh from the Western prairies, the garden-like openings of Wisconsin, the beech and maple and oak woods of Indiana and Kentucky, the dark mysterious Savannah cypress forests; but never since I was allowed to walk the woods have I found so impressive a company of trees as the tillandsia-draped oaks of Bonaventure.

I gazed awe-stricken as one new-arrived from another world. Bonaventure is called a graveyard, a town of the dead, but the few graves are powerless in such a depth of life. The rippling of living waters, the song of birds, the joyous confidence of flowers, the calm, undisturbable grandeur of the oaks, mark this place of graves as one of the Lord’s most favored abodes of life and light."
- "Camping in the Tombs," from A Thousand Mile Walk 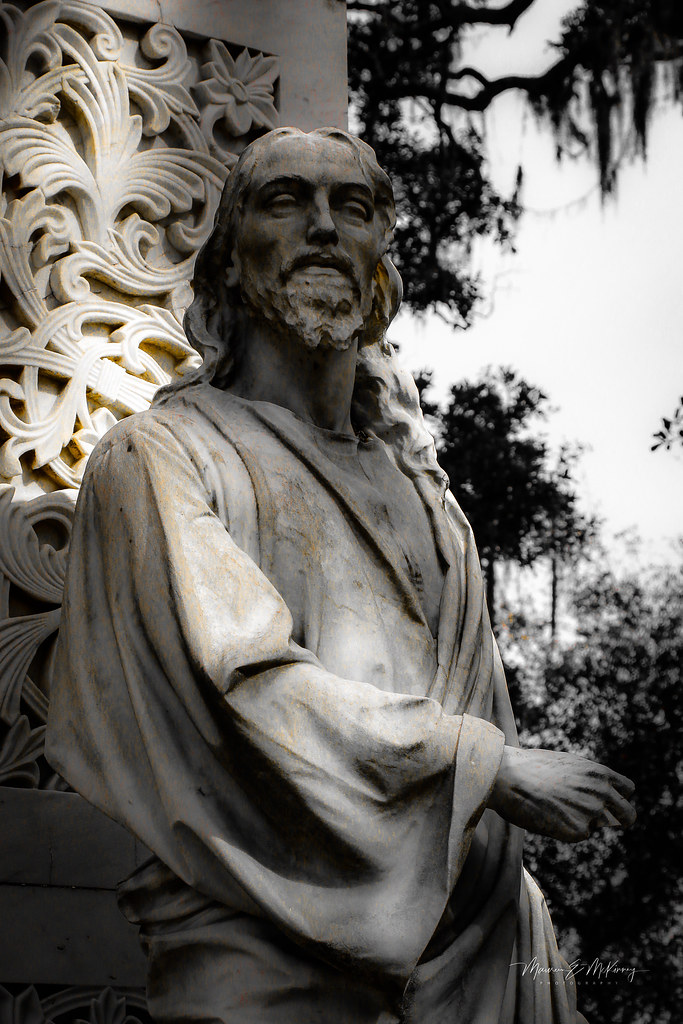